When you walk through the streets in Tokyo, Osaka, Fukuoka or even Kumamoto, you’ll see that Japanese are so fancy and chic. And they change their look every season. Japan is a culture, where you dress depending on the season – maybe more than in any other culture of the world. Read more about the roots of Japanese fashion culture and the old Japanese calender.

My first time in Japan I was amazed how Japanese girls dress during the year. In Germany I had 2 thick jackets for winter and 2 thin for the rest of the year. But Japanese girls have at least 2 for every season. Japanese also start to wear knits in wine red, beige, or light brown during September, because it’s supposed to be “autumn” – but it’s still 34 degree Celsius. But why do Japanese tend to torture themselves?

When you want to find an answer to this question, take a look at the kimono seasons. There are three seaons: the awase season, the hitoe season, and the natsumono or usumono season.

Awase is a kimono worn in winter, which is lined with a white silk fabric on the inside. Hitoe is an un-lined kimono for June and September. In July and August you wear natsumono. (Read more about the different kimono tayloring and clothts in lesson 2.)

These seasons follow an old calender with 24 months, which got finally replaced by the western calender during Meiji-Period (1868-1912).

This old calender is called nijūshisekki (二十四節気) and follows the change of the seasons during one solar year. What we know as a month today, was splitted in masasetsu (正節) and chūki (中気). The most important month was risshun (立春 literally: standing spring) which was the start of a new spring and of the new year. Today setsubun (節分) is celerbrated in Japan on this day – what we also know as Chinese New Year.

This old calender was nearly erased during Meiji-Period (1868-1912), but it’s still alive in the tea ceremony, which also declared the kimono seasons. For example: you should start to wear hitoe to formal occasions after the September 7th, which is the start of hakuro (白露) and the first half of the western September.

But it’s nearly impossible to follow those seasons. In the graph above you can see, how I split my kimono seaons. Of course it also depends on where you are living and the climate there. Kumamoto’s summer is very hot and long. Sometimes there are more than 30 degree Celsius in April, which make most kimono girls here wear hitoe and natsumono quite soon and for a very long time. Eventually, it’s up to you.

Read more about kimono, Kumamoto, and me at japandigest.de 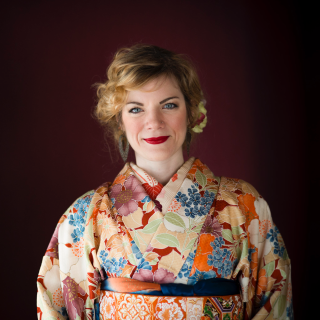 熊本に住んでいる、着物に熱愛しているドイツ人です。 I'm Billy and working as a professional trained kimono stylist and teacher in Kumamoto City. "Kuma Kimono Koi" comes from "熊本で着物に恋している (kumamoto de kimono ni koi shiteiru)" which means "Loving Kimono in Kumamoto", which is what I am actually doing.

You really want to learn kimono? Or you just want to get ready for a big occasion where you want to surprise everyone with your stunning kimono outfit? I’d be glad, if I can help you with a kimono lesson.